My Day at the Chiropractor • Sassypants Design 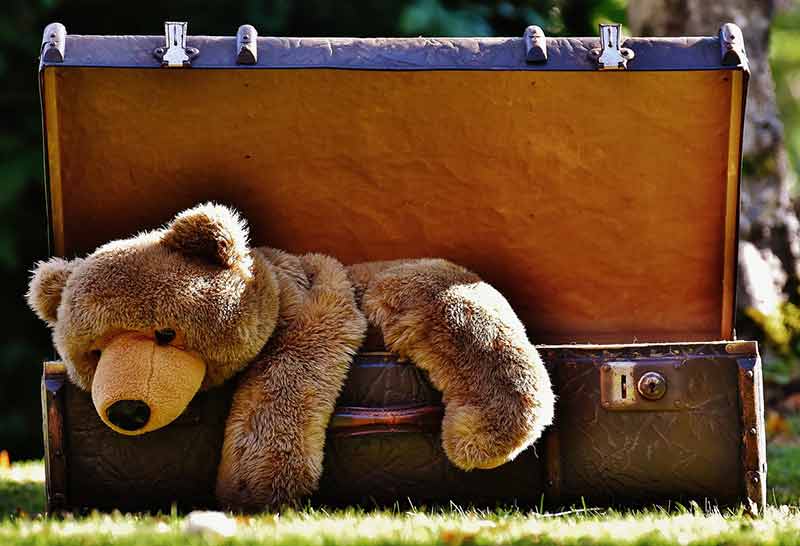 Ok, I admit it. I’m not the most memorable person on the planet. In fact, I must be downright generic. I know this because I can’t tell you how many times I’ve been told, “You look JUST like the sister of the sister-in-law of our old next door neighbor, Bill.” The names change but the story is the same. There must be an awful lot of sisters out there who look just like me. However, I never realized just how forgettable I really was until My Day at the Chiropractor.

Anyone who knows me very well knows this: for my entire adult life, I have searched for the Holy Grail of cures for chronic back pain. My search has included spending a considerable fortune on back-rubbing devices, sticks and canes to use on trigger points, fancy ergonomic chairs, electronic massage chairs (2, to be exact), acupuncture, chiropractic, orthopedic medicine, physical therapy, yoga, Pilates, Heller Work, hypnosis, aromatherapy, massage, voodoo, er, I mean cranial therapy, and Reiki. 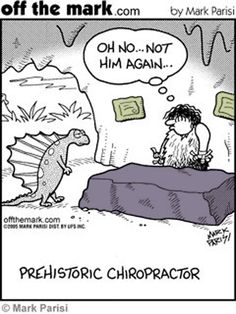 Along the way, I was introduced to a chiropractor (who shall remain nameless). I had already visited more chiropractors than most people have friends. But this guy was not your run-of-the-mill chiropractor. He could fix me. And if you didn’t believe in the magnificence of his powers, all you had to do was ask him. He was more than happy to educate you on his remarkable talents and top-notch track record in his field – whether you were interested or not.

Why not, I figured? Not willing to leave any stone unturned in my quest for a pain-free life, I booked an appointment with Mr. Incredible, D.C.

Thus began My Day at the Chiropractor.

The first half of my appointment looked like any other chiropractic appointment. I laid on the table, and received what seemed to me to be very standard, run-of-the-mill chiropractic adjustments. And trust me, by this point in my quest, I felt over-qualified to make that assessment.

During the second part of my appointment it started to get interesting. I was led to a room filled with what looked like massage tables. However, these tables each had rolling massage devices inside them, such that when you laid on a table, you received a gentle back rub. They referred to this as “therapy”. I was instructed to get onto a table for my “therapy”.

If I have to be entirely honest, I’ll admit that I’m one of those people who has trouble sitting still for more than a minute or two unless I’m doing…well, something. Staring at an asbestos impregnated popcorn ceiling does not qualify as doing something in my book.

With every ounce of self-discipline I could muster up, I remained on the table, anxiously awaiting word that my “therapy” was complete. I waited. And I waited. I waited some more.

It was lunchtime. My hunger and boredom were intense. I seriously considered munching on the asbestos popcorn ceiling. Two choices presented themselves to me. Lose my mind or get up, even though my Therapy From Hell was not finished. I chose the latter (although my kids would probably argue that I chose both).

I got up, peeked around the corner into the hallway, and immediately noticed something strange. It was eerily quiet. The “therapy” room is a square room in the center of a suite of offices. It is surrounded by a hallway, and there are offices around the periphery of this square. On one side of the square is the front desk. I went directly to the front desk. Nobody was there. I made my way around the hall, meekly calling out, “Hello? Hello? Anybody here?” Each and every office was dark.

I couldn’t believe it! They had left me on the table and gone to lunch!

Chuck Daly, the famous basketball coach, once said, “It’s discouraging to make a mistake, but it’s humiliating when you find out you’re so unimportant that nobody noticed it.” I felt a bond with good old Chuck that day.

Having been completely forgotten, my self-esteem was bruised, but I had elementary school children to pick up. I needed stay focused, and I needed to hurry. Only then did I discover that the door to the building was locked and I was trapped inside. Panic began to set in.

In my brilliance, I thought, “I’ve GOT it! I’ll just call the chiropractor.” So I dialed the doctor’s office, and – you guessed it – the phone on the desk next to me began to ring. My humiliation was almost complete.

So what did I do? What any other desperate woman would do. I awkwardly climbed out the window, rear end first, praying that I would not be arrested or shot on sight.

Should I be surprised that nobody noticed me?